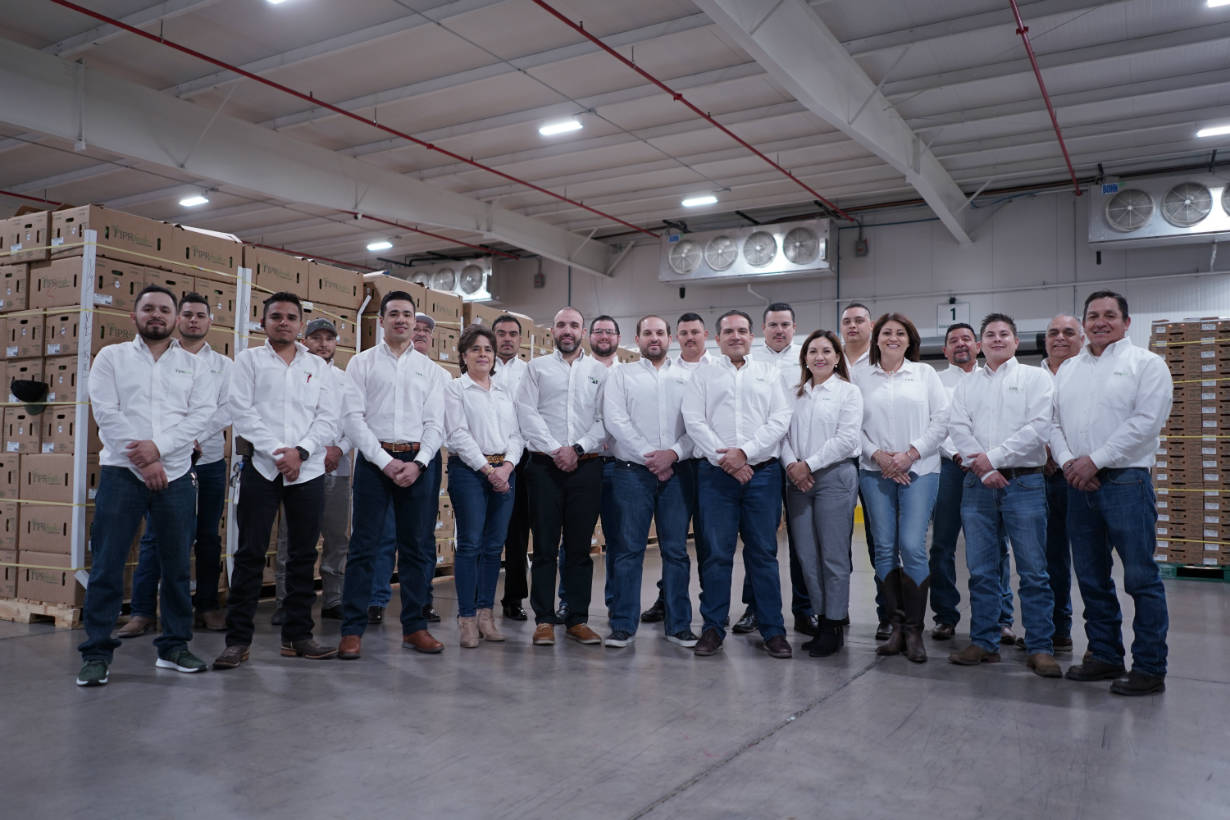 A new, very positive era has begun for IPR Fresh. The firm moved on Dec. 9 from leased warehouse and office space in Rio Rico to a purchased, much larger facility in nearby Nogales. The facility is among Nogales’ closest to the Mariposa port, the entry point for commercial trucks trading with Mexico.

“The move has been good,” said Jose Luis Obregon, IPR’s president. “It gives us certainty that we will be moving more volume. We can be a little more bold on what we’re doing.”

Obregon said in January that IPR added six or seven people to its staff after the December expansion.

Gustavo Elias is IPR’s full-time compliance manager. “He is handling all the certifications; anything to do with compliance with any agency of the government.” Elias is using his industrial engineering education to manage IPR’s operating procedures. When he was hired in early January, “Gustavo hit the ground running. He has a lot of experience. We are happy to have him,” Obregon said. “Once you have him, you realize the things that you put aside that are important. So, it really helps you to do it in a timely manner.”

IPR Fresh has traditionally worked as a broker/consolidator. The firm has also been an importer and shipper for a couple of Mexican growers. But with the new space, that import line is expanding. This year the grower-distributor side will account for half of IPR’s business. That is up from 30 percent five years ago.

American slicer cucumbers are new to IPR’s product list this year, starting in mid-May and running through mid-July.

“We have had Bell peppers and Euro cukes. We will continue to do that. But it’s growing. We have added growers and additional acreage since the beginning of September. We are in mid-season,” he said in mid-January. “We have four-and-a-half months to go.”

The consolidation service and brokering allow IPR to do business with “mostly everybody” in Nogales. In consolidating, “we build mixers. The customer comes, and he has just one stop. With transportation problems now, this is a very valuable service.”

Obregon said that most of IPR’s sales are f.o.b. “But, I hear my friends say that finding transportation at a decent rate is hard with Nogales’ local drivers — Mexican drivers are not allowed in the U.S. anymore. The pool of drivers is down, and people are struggling to find transportation. This impacts us. People who would buy now have trouble finding transportation.”

Yet, he predicted that, because food is a necessity, food prices simply must rise “and those costs will eventually be transferred to consumers.”

In the last year, truck freight from Nogales to New York’s Hunts Point market rose from $6,000 to $11,000. “It will be the consumer that pays. But when the consumer stops buying, the wholesaler will not buy. And freight rates will go down. It will need to level off” as equilibria are established.

Obregon said “there are a whole bunch of issues” for heightened freight rates. Electronic log enforcement to reduce truckers’ daily driving hours is undeniably a factor. Also, coming into 2018, there was bad weather across the country.

“It’s gonna have to level off. We’re looking forward to the second half of the season,” he said.